The Effigy burn is one of the biggest nights of the event.

Burning Man began as a bonfire ritual on the summer solstice in 1986 when Larry Harvey, Jerry James and a few friends met on Baker Beach in San Francisco and burned a 2.4 m tall wooden man as well as a smaller wooden dog. Larry Harvey has described his inspiration for burning these effigies as a spontaneous act of “radical self-expression”. The height of the “Man” has changed and grown over the years and is currently at an impressive 12 metres tall.

The Effigy theme at Blazing Swan is different every year as we wish to have our own identity, but generally features a swan. It is built to a certain point at the Swan’s Nest in Fremantle, then transported to the Event weeks before gates open and fully constructed by hard working, dedicated volunteers.

On Saturday night after three days of the energy building up at the event, Blazers all come together and make their way down to the Effigy to congregate around the perimeter.  Before the Effigy burn, the crowd watches the amazing fire dancers and listen to the drummers which drive the crowds energy to the climax. When the Effigy is finally set alight.

There is cheering. There is laughter. There is excitement.

Everyone watches as the structure finally catches alight.  Some just enjoy watching the mesmerising fire. Some feel they are burning their fears. Others free their radical expression by stripping off and running around the fire (when the fire-safety crew let them in close enough).

When the fire has burnt down, some remain and huddle together around it, everyone else heads to the sound camps to dance the energy away…… 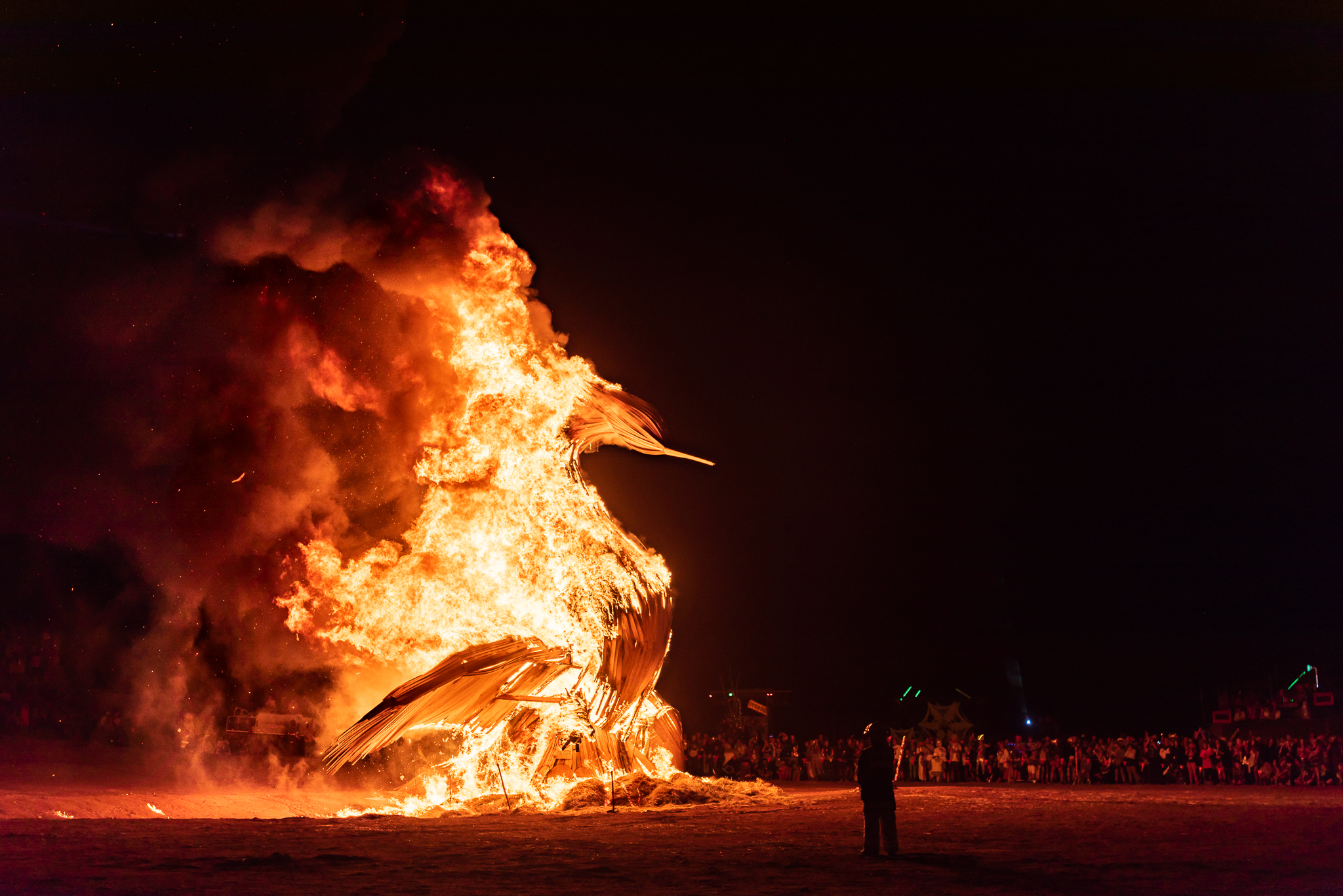