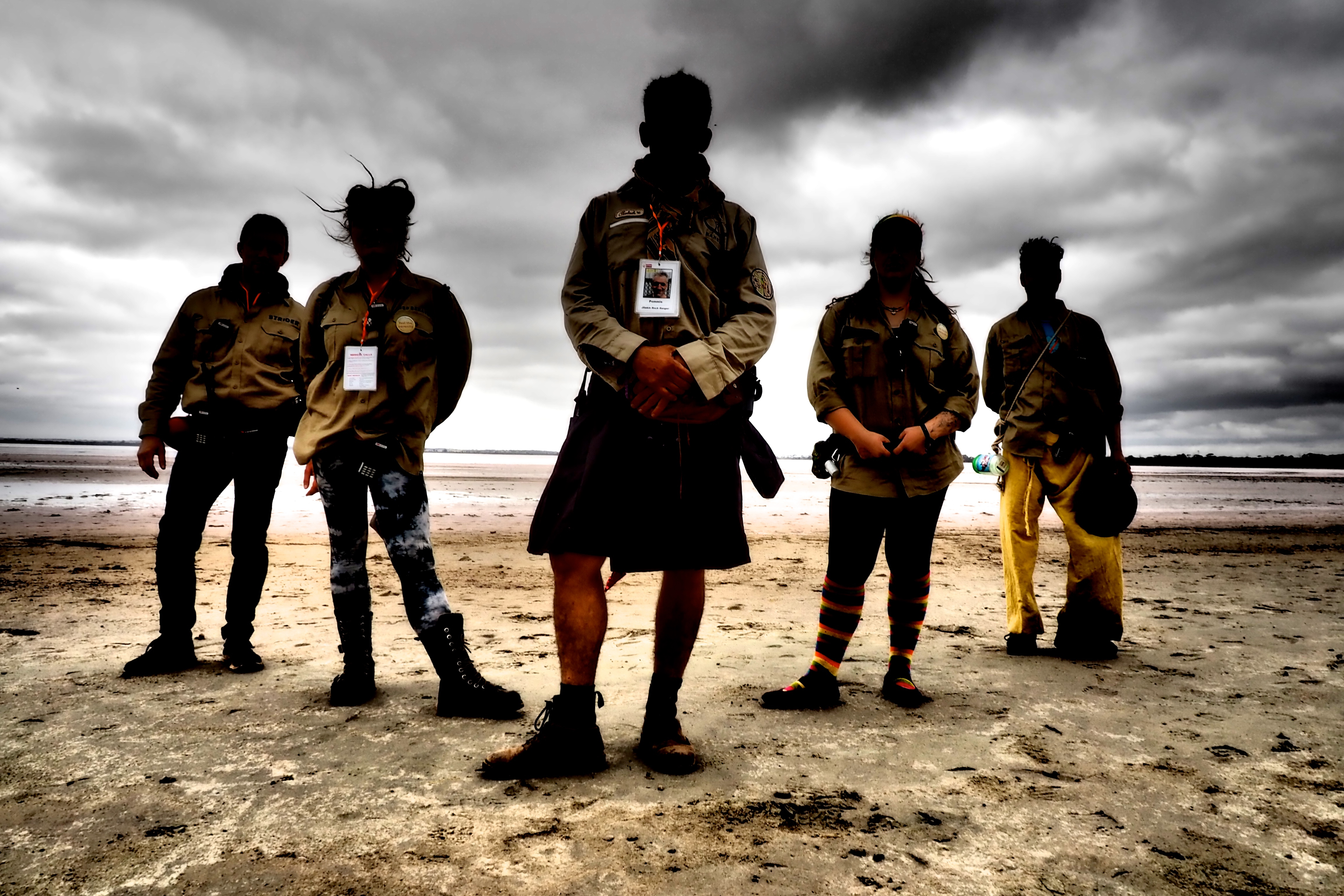 The Ranger Leadership Group have been dusting themselves-off from a long, wet Winter and earnestly lining things-up for another awesome Blaze next year. Projects in the pipeline include constructing a Ranger themed art piece for the Tin Horse Highway, a new and much improved Sanctuary space which will double-up as our on-site training venue, changes to the basic Ranger Training schedule allowing more time for scenarios (yes…we do listen and respond to your feedback!) and some additional support from seasoned Black Rock Rangers for mentoring, coaching and training.

…so, if you’ve not yet signed-up for the sexiest crew on the Playa, pull your finger out (wipe it clean) and hit the link below to join us in 2019.