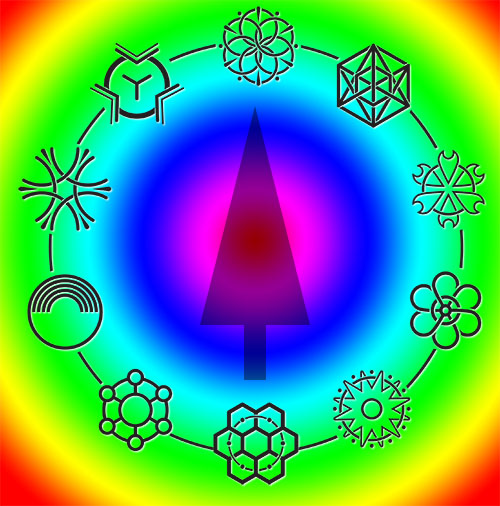 Most of us know about the 11 principles of Blazing Swan but just to recap, in case you’ve forgotten one or two, they are; Inclusion, Immediacy, Decommodification, Self-Expression, Communal Effort, Leave No Trace, Gifting, Civic Responsibility, Self Reliance, Participation and Consent.

Some of the principles might come naturally to us and others might require us to get out of our comfort zone or dig a bit deeper.

After a while, adhering to the principles might seem like second nature and easy to “comply” with. So what then? Being someone who always likes to see continuous growth, I reckon we can all try and take one or two of the principles to the next level next time we go to Blazing Swan. I’ll give you some examples. Now, I’m not suggesting next level all the time, just for something to consider if you feel like testing and stretching your fine Blazing self.

One of my favourite principles, because it’s super fun and magical, is Gifting. Giving something to someone and seeing their reaction can be just as much fun as receiving an unexpected gift from someone. But what about secretly gifting something that you know someone wants or needs? I’ve tried this and it’s an awesome feeling knowing that the person will discover their surprise and wonder who did that? There’s no thanks in it, but on this level you’re not needing any either.

The principles work in tandem, and occasionally in conflict with each other. It’s sometimes up to us, as individuals, to weigh up which principle should be guiding us at the time. Personally, I like to ask myself which principle I think serves the greater good. Greater good principles that typically require more effort such as civic responsibility, communal effort and leave no trace are a priority to me for that reason. That doesn’t mean that I choose to be a martyr as I’m also protective of my opportunities for self expression and participation knowing they’re also a very important part of my burn. My priority will shift from greater good to self reliance and immediacy whenever I think a situation might compromise my wellbeing or when my involvement encourages others to avoid learning/activating the principles for themselves. So while your next level might look completely different to mine, for me, putting greater good as a priority is my idea of taking our principles to the next level.

I’m not alone on this next level effort thing by any means. You might have wondered at some point how all of the amazing things you’ve seen at Blazing Swan came to fruition. You won’t have to look too hard to find out that it was more often than not some next level effort and commitment to make it happen that brought that magic to life.

You don’t need material things or big effigies to take your principles to the next level either. In the heart of the Blazing Swan community, are lots of people who use the principles to guide their way of life. They don’t see the principles as only applicable during the week of Blazing Swan and they’re out there right now making a next level effort to spread the love into their wider community. This is a prime example of taking the principles to the next level because it’s not always easy trying to bring positive change into existing cultural ruts and blaze new trails as we ‘each one teach one’, include others, decommodify, participate and seek consent etc in our default world. Let’s make the default world great again! Hehehehe.

Here’s a few more ideas to get you thinking what your next level effort might look like.

Maybe you’ll be the one who picks up MOOP that doesn’t belong to you, when no one is looking. Maybe it’ll be you who decides to remove MOOP from your neighbour’s, or a favourite theme camp’s, site after they’ve gone home even though all you want to do is leave as well. (This is next level gifting, immediacy, communal effort and leave no trace)

If you’re an introvert who thinks self expression is letting loose on the dance floor, maybe challenge yourself to get out of your comfort zone (no, not into your freak out zone just into your growth zone). Your next level might be to try something new and experiment with what your artform or expression might be. No one chooses our challenge but us and we are the ones who are inspired to reach for more.

Whatever it is you’ve got Blazers keep on bringing that magic. I hope these ideas inspire you to dig as deep as you can because that’s where our gold is – at the end of the rainbow. I smile every time I think of our time together and how much joy we all make together every day even when we’re not out on the paddock. Let’s never stop taking it to the next level!