Blazing Swan’s Kraken was once again released on the shores of Bathers Beach in Fremantle on Saturday 3rd November. Although the winds were howling and the Effigy did not get the torching we were waiting for, the event was a great success and will continue to be a part of the Fremantle Festival when it moves to Winter next year.

Local Community and Blazers united in a glorious sunshiny day with people of all walks of life enjoying the unique Blaze vibes. The Theme Camp community was out in force with 30 camps coming to the party to fundraise or entertain! Special shout outs to Champagne Charlie and Abode for the epic music they coordinated on their stages throughout the day and into the night and Fire Tribe for the great kids circus space.

At sunset Karla-K Koorling and a Welcome to Country began the evening and a beautiful hour of acoustic music and coming together around the 30 fire barrels followed.

After dark the Krypto Kraken tentacles embraced a pumping dance floor in the sold-out licensed bar (sorry all those we had to turn away) whilst delicious chai, tasty food and blazing pop ups continued outside including another epic light saber battle.

All in all a great day out. Thank you to all those that came and participated. 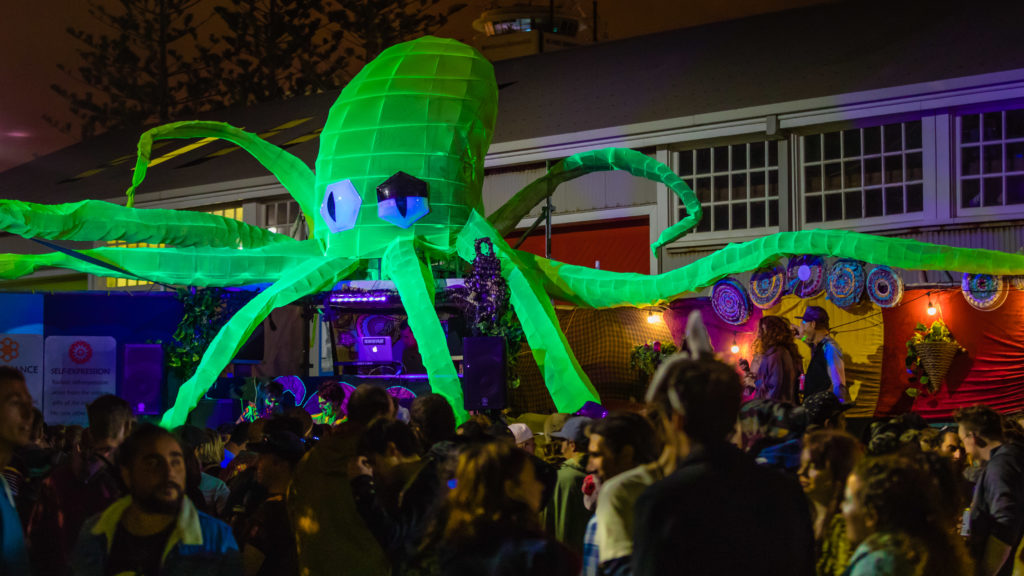